Front end getting some well deserved attention with a set of OUO ala's fresh off the rack from JCPowdercoating. Have a new steering box, pitman arm , and a bunch of other front end parts ready to install.


Sent from my iPhone using Tapatalk Pro
Click to expand...

Yessir, threw a new mishi radiator in earlier this year, replaced all 4 calipers, and a couple other odds and ends and she seems to be happy. Dealing with a small boost leak on the hp side right now but that'll be getting ironed out shortly. Might have it all squared away before Rudy's event. Truck wars was in sight, but having to work this weekend.

OUO quality impresses me everytime. These will be going to JCPowdercoating this weekend (hopefully) done in (Prismatic) illusion blueberry. Trying to figure out as to what extent will be kept the wrinkle black, and what will get coated. The ala's are 100% illusion blueberry, would like for them to match, but I believe also that less is more at times. 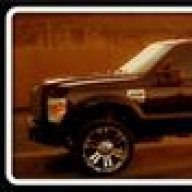 
btoler4th said:
OUO quality impresses me everytime. These will be going to JCPowdercoating this weekend (hopefully) done in (Prismatic) illusion blueberry. Trying to figure out as to what extent will be kept the wrinkle black, and what will get coated. The ala's are 100% illusion blueberry, would like for them to match, but I believe also that less is more at times.
Click to expand...

Did you perform any of upgrades besides the 3 link, steering box, brakes, and pitman arm?

I did all of those above. I am curious about other upgrades like the Drag Link bar and tie rod.

akf250 said:
Did you perform any of upgrades besides the 3 link, steering box, brakes, and pitman arm?

I did all of those above. I am curious about other upgrades like the Drag Link bar and tie rod.
Click to expand...

The link arms, steering box, and pitman arm are still waiting to put on. Trying to do everything at once. Been so busy this year haven't had much of a choice.

I will be ordering PMF drag link, and tie rod center bar soon, also to be powder coated. During installation OEM tie rods will be used. Also installing a spicer trac bar joint per Jared"s reommendation from OUO. My steering linkage is on barrowed time, and I'm convinced if I hadnt put on the carli high mount stabilizer I'd be wrestling the steering wheel on the regular.

One up off road rear diff cover, traction blocks and bars. PMF drag link & tie rod bar, and a Carli adj trac bar. All finished in illusion blueberry. Install looking to be later this month . It's crazy how the color looks in full sun vs inside my buddy's shop @jcpowdercoating.

OUO adaptable shock towers coming in next week, and hoping Radflo will be done with the coilovers in couple weeks. Goal is to have bypasses on front and rear by Spring. Don't really need them, but damn if they dont look cool as hell, and I like knowing 50mph+ through my inlaws farm/pasture is doable.

akf250 said:
Did you perform any of upgrades besides the 3 link, steering box, brakes, and pitman arm?

I did all of those above. I am curious about other upgrades like the Drag Link bar and tie rod.
Click to expand...

Update- on PMF's website, in particular their description for the drag link, it has the direct replacement, and an offroad/hd version all in the same description. It clearly says, and I've read it a million times lol , that the tapered hole that accepts the hardware for factory style stabilizer is not existent on their drag link and dual stabilizer set up is recommended. So, I'm waiting on powdercoating on the ouo truss/stabilzer and front diff I had Collin send me before we can install it. Also, they are sending off an order for radflo to build some stabilzer shocks. Hoping about 4 weeks they'll be in, and we can complete install, and give some feedback.

Traction bars/blocks going on as of last night, steering gear box with new pittman arm and BA nut as well.

Still waiting on coilovers and stabilizers from radflo/ouo.
In the meantime my buddy who has a shop, and an alignment rack knocked out the ala's, along with tie rod bar and new oem tie rod ends. While we were at it through on the new diff cover. All new fluids and filters at same time. We were able to get high 4s in castor, and the bumpsteer I had prior is virtually nonexistent. Had some odawgs manifolds come in, and took them to Jcpowdercoating- he killed it in speedway black powdercoat. Couple pics of new parts and manifolds. 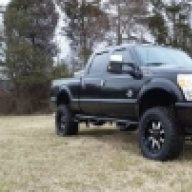 Hey buddy. Between you and I this truck has had a fukin fortune spent on it lol. I spent 15k on it in the last three years I had it. Sorry I couldn’t help with your radiator. I just saw the message.

Jet Hot 2500° ultra extreme heat ceramic coating on these bddiesel manis. Scooped these up as factory blemishes for a steal and sent them off to jet hot. Have around what a new set would cost if not cheaper. My 6oh manis have done their job. Time to upgrade.

These will look good sitting close by the satin black manifolds. Another killer job by Jcpowdercoating, finished these up today. 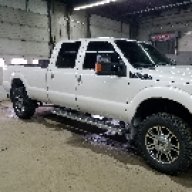 lincolnlocker said:
Those are sexy!

I wanted to do a lettered image centered in middle of cover like Rudy's drag truck . Ended up just doing them as pictured- wouldn't be able to see it like theirs, so we said screw it....#streetlegalprobs lol

The f250 had to be put to the side. Accepted a foreman position and I've been running wide open. Was able to squeeze in a few productive days here and there the past few months, sametime I've been taking my time, measuring twice cutting once so to speak. Only problem I'm just now running into is with the shock spacers. OuO is looking into it to see what they can send me so I can get her back on the road.

Problem solved. Had washers all along. Overlooked one of the 500 zip lock bags they sent me. The OuO adaptable shock tower quality are above and beyond. Definitely get what you pay for, and Collin Hoppert has given me unparalleled customer service. Their front axle truss /stabilizer combo and front diff cover is going on next. Has anyone ran PMF’ s sway bar end links? To me they’d add a nice touch up there, or would I be better off running a drop kit?

Finally coming around. Coil overs getting dialed in at alignment next week, along with OEM gear box and PMF drag link installation. I love turning wrenches, and building chit but pretty sure I set the record on longest install time ever. OuO goodies front to back.

In the short rows now. Manifolds and up-pipes, valve covers, new a/c system, and s&b cab mounts getting installed. Before cab went up had the preload/ride height adjusted, steering gear box and drag link installed, along with an alignment. Everything finally fell into place.

My AD165 shet the bed. Went with FASS. Originally installed the AD165 at time of build , 140k miles. Truck had 280k when she went out completely.
I typically carry an extra relay with me , but got caught with my pants down back in March when this happened. Hardwired to battery on the side of the interstate and barely made it home before the inevitable happened. I could tell the AD was showing signs of letting go, but wasn't too concerned about it bc I have a company truck, and wasn't driving her all that often.

Cruised down to my buddy's shop and scooped up the FASS and a BDP sump. Might as well, right. Measured 5x before the hole saw did its thing, and proceeded to work on my back for a couple days ( lots of rain) in the driveway and was back rolling strong again. I didn't cut the zip ties before I took the pics so don't gig me on that.

Just felt like giving a boring update and to never say you won't work on your back again. I had bought the AD165/ Elite AD upgrade/fuel bowl delete (used) from owner of shop that did my build. So for a couple hundred bucks several years ago I'd say I got my moneys worth. I feel that FASS is the move hands down. 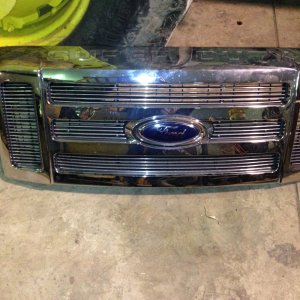 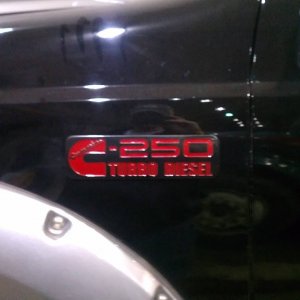 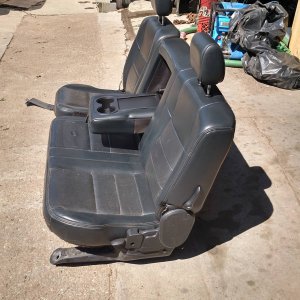 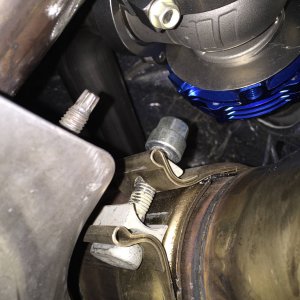 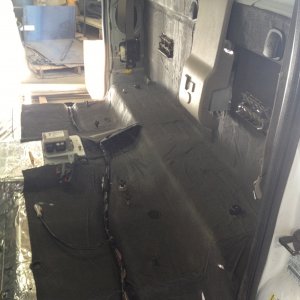 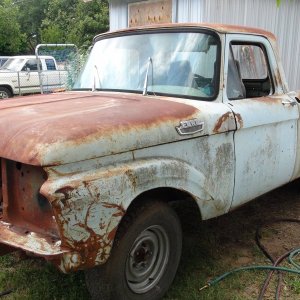 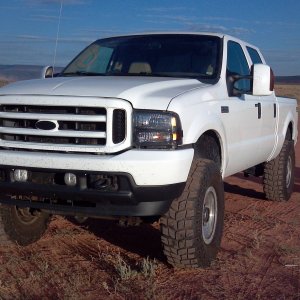 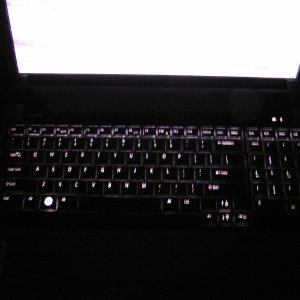 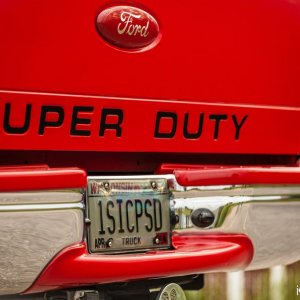 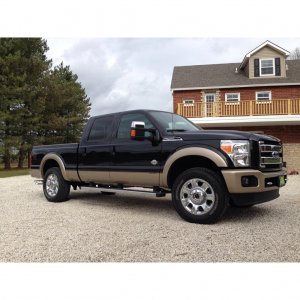 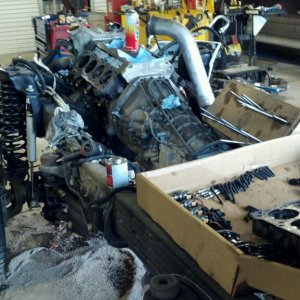 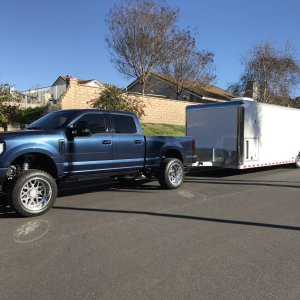